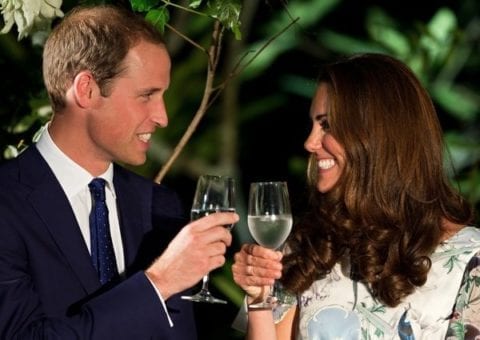 We invite you to ring in the New Year with our “British Royalty” themed event. Envision gold crowns, British foods & fabulous fascinators. Throughout the evening, we will serve a selection of light hors d’oeuvres, desserts, and of course a selection delectable wine and beer. Come join us for a night of dancing, celebration and memories to last a lifetime! The entire winery will be shut down just for this event, so let’s pop some bottles, dance the night away and ring in 2019!

What’s included in the ticket price?

To get in character for our British Royalty themed New Year’s Eve Event, we have pulled together some of the best British terms for you to start practicing.  We also think everyone should start incorporating these into their daily vocabulary immediately:

‘Ace’ –  a British slang term that means something that is brilliant or excellent. Can also mean to pass something with flying colors.

For example, ‘Jenny is ace at tasting wine’.

‘Blimey’ is used as a way of expressing surprise at something, often used when seeing or looking at something surprising or impressive instead of shocking or upsetting.

For example; you might say ‘Blimey! Look at that!’

‘Blinding’ – a slang term that is far from something that physically causes someone to lose their sight. ‘Blinding’ is a positive term meaning excellent, great, or superb.

For example, ‘That performance from the DJ was blinding.’

Bloke is an extremely common term denoting a man, usually it is used in reference to an ordinary man, akin to the US ‘average joe’, but it it not uncommon to hear it used to describe a man generally.

As such, you can use it like this, ‘That bob is a good bloke.’

Bloody – You probably don’t need me to describe this, out of all British slang, this is by far the most popular and most commonly used. In the past it was regarded as a swearword but now, due to its common usage, it is generally acceptable. It is often used as an expression of anger or is used to emphasize a comment.

In anger you might say, “oh bloody hell, I spilled my wine!”

Or to use it as emphasis, ‘that’s bloody cool!’

Brass Monkeys – A more obscure British term, ‘brass monkeys’ is used to refer to extremely cold weather. The phrase comes from the expression, ‘it’s cold enough to freeze the balls off a brass monkey’.

For example, ‘You need to wear a coat to the party, it’s brass monkeys outside.’

For example, ‘You got tickets to the event? Oh, mate, that’s brilliant.’

Sometimes brilliant can be shortened to just “brill” to give it a more casual feel.

‘Bugger all’ – a British slang term used to be a more vulgar synonym for ‘nothing at all’.

For example, ‘I’ve got bugger all to do this New Year’s Eve.’

‘Cheers’ doesn’t quite have the same meaning that it does in other counties – of course, it still means ‘celebrations’ when toasting a drink with some friends, but in British slang, it also means ‘thanks’ or ‘thank you’.

For example, ‘Cheers for getting me that drink, Steve’.

A “do” is essentially a party, to my knowledge it doesn’t refer to a particular form of party, so feel free to use it as you like.

For example, you might say ‘I’m going to Potomac Point Winery’s New Year’s Eve do tonight.’

In British slang terms, ‘dodgy’ refers to something wrong, illegal, or just plain ‘off’, in one way or another.

For example, it can be used to mean illegal – ‘He got my dad a dodgy watch for Christmas’

‘Fortnight’ – a British slang term more commonly used by virtually everyone in the UK to mean ‘a group of two weeks’.

For example, ‘I’m going away for a fortnight to Egypt for my summer holiday.’

For example. ‘I was gobsmacked when she told me she was pregnant with triplets.’

Gander – I believe this expression originates in the English county of Cheshire. The word relates to the way a goose (a male goose is called a gander) cranes its neck to look at something. As such a form of this expression ‘Have a goosey’ also exists, but is much more uncommon.

In context it works like this, ‘Come here and have a gander at what he’s doing.’

‘Hunky-dory’ – a neat little piece of British slang that means that a situation is okay, cool, or normal.

For example, ‘Yeah, everything’s hunky-dory at the office.’

Jammy is in semi-common use in the north west and south west of England. It is a descriptive word, used to describe someone who is extremely lucky for something, without putting in much effort for it.

For example, ‘I can’t believe you won that, proper jammy.’

Kerfuffle – Another rather delightful and slightly archaic words in this list of British slang terms is ‘kerfuffle’. ‘Kerfuffle’ describes a skirmish or a fight or an argument caused by differing views.

For example, ‘I had a right kerfuffle with my girlfriend this morning over politics.’

‘Knackered’ – a great word and phrase used by Britons to describe their tiredness and exhaustion, in any given situation. Often substituted in friendly circles for ‘exhausted’.

For example, ‘I am absolutely knackered after partying all night.’

‘Mate’ – one of the commonly used terms of endearment and affection in British slang terms. Used when you are talking to a close friend, and is often easily substituted for the American ‘buddy’, ‘pal’, or ‘dude’.

‘Nice one’ – used almost always sarcastically in common British lexicon, although it can be used sincerely depending on the context.

For example, ‘You didn’t get tickets before they were sold out? Nice one, really.’

Generally, ‘posh’ denotes the English upper classes. However it can be used to describe anything flashy or needlessly classy or expensive. It is similar to the American word ‘fancy’, however it has a much more entrenched class basis.

In this way “posh” can be used: I’m going to a posh party tonight.

Proper – This has two different meanings depending on location or social classes. From a higher social class, ‘Proper’ denotes actions appropriate to certain circumstances. For example, ‘Don’t do that, it’s not proper!’ However, such a usage is becoming less common.

More common, and common in the north and southwest England. “Proper” is used as an alternative to “very” or “extremely”, something that can give a term extra weight. For example, ‘that meal was proper tasty’ or sometimes ‘that was proper.’

Rubbish – One of the most commonly-used British phrases, ‘rubbish’ is used to mean both general waste and trash, and to also express disbelief in something to the point of ridicule (in this sense it is a much-more PG-friendly version of ‘bollocks’.)

For example, it can be used respectively, in, ‘Can you take the rubbish out please?’, and ‘What? Don’t talk rubbish.’

Scrummy – One of the more delightful British slang terms in this list, ‘scrummy’ is used as a wonderfully effusive term for when something is truly delicious and mouth-wateringly good.

For example, ‘Potomac Point’s bread pudding was absolutely scrummy. I had three pieces.’

The bee’s knees – a rather lovely term used to describe someone or something you think the world of.