Earlier in 2019, eighteen world-class judges sampled just over 500 of the best Virginia Wines from 100+ Virginia Wineries. The highest 12 ranking red & white wines became the Governor’s Case and were highlighted along with all gold medalists at the Virginia Governor’s Cup Gala.  The esteemed judges assemble tasting notes for each wine commenting on: 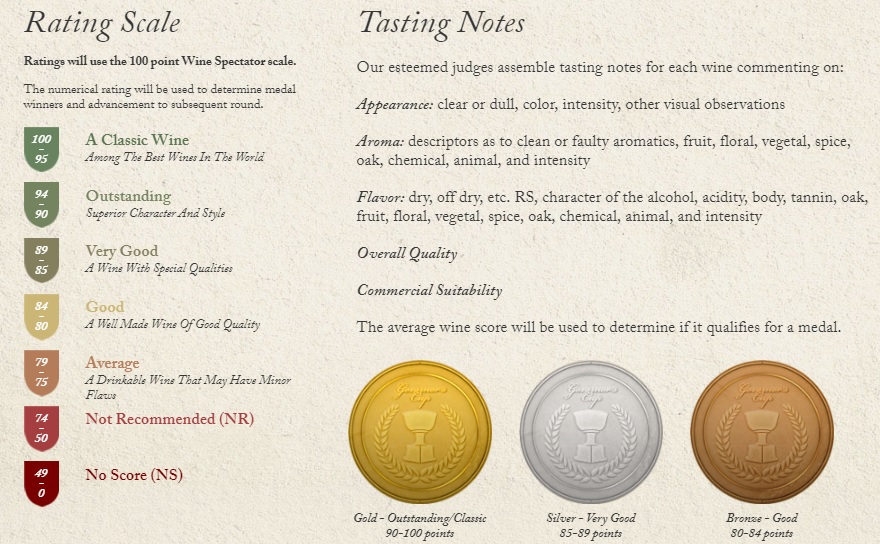 The average wine score will be used to determine if it qualified for a medal.  Out of 510 entries, only 68 Virginia wines were awarded gold medals.  All entries must include 100 percent Virginia fruit and the highest scored wine of the competition will take the top prize of the overall cup winner!  The winner was announced at the Virginia Governor’s Cup Gala on February 26, 2019.  Our very own Cindi Causey (PPW Proprietor, Chairman of Governors Cup Committee, and VA Winery Association Board Member) had the honor of introducing each governor’s cup case winner, along with the Secretary of Agriculture.

We were pleased to see that several more unique varietals took high honors this year; including a Touriga, Nebbiolos and Vermentino.  Having the overall cup winner be a Petit Manseng 2016 from Horton was also a fun surprise, not many white wines have held this honor.  We are thrilled for Horton Vineyards and excited to announce that our 2017 Richland Reserve Heritage took home a gold medal (now for sale in our tasting room)!  Potomac Point Winery was also awarded two silver medals for our 2017 Cabernet Franc and 2016 Petit Verdot.  See a full list of medal winners here: https://www.virginiawine.org/governors-cup/awards#Gold.